Winterjazz is a nationwide music festival that takes place in February each year. The festival spans three weeks featuring more than 600 concerts, 150 venues and independent organizers from across Denmark and BAR50 is of course a part of this amazing festival. Experience a cozy jazz concert in our bar every Thursday in February! 🎶🎷

Enjoy this Thursday evening with Vejslev Exploration Band who is playing at 8 pm!
The concert cost 100 dkk per person, including a glass of beer, wine or bubbles after your choice. Buy your ticket here.

Mixing the tradition of straight ahead-jazz with the innovation of the contemporary scenes in Copenhagen and New York, Vejslev Exploration Band brings together a quartet of top-shelf Danish players in Andreas Toftemark (sax), Anders Ammitzbøll (bass) and Andreas Fryland (drums).
In bringing together everything from bebop and hard bop to Scandinavian music, the musicians combine elegant restraint with flashes of playful energy and glee. Driven by melody and song, the music moves between the subdued and the impassioned, the past and the present.
Kristoffer Vejslev describes the idea behind the group as follows "With the Vejslev Exploration Band, I wanted to reinterpret several of my father - Jakob Vejslev's jazz compositions and combine them with my own to create a sound that mixes elements from bebop with modern Nordic jazz and at the same time pays tribute my father's influence on my musical journey both as a composer and guitarist.”
The sonic mix of Copenhagen and New York is perhaps unsurprising given Vejslev’s education under guitar greats such as Peter Bernstein (USA) and Jakob Bro (DK), as well as saxophonist Toftemark’s well-documented time on the NYC scene. Together, the group has established a level of dexterity and familiarity that belies its youth and appeals to jazz traditionalists and fans of today's modern jazz scene alike.
The group's debut record Parallels was released on May 6 2022. It was announced on Jazz Guitar Today (US) and was part of the award-winning magazine JAZZIZ Editors' Choice (US) segment alongside world stars such as Jon Baptiste. The album was critically acclaimed at home and abroad and has been on rotation on P8 as well as several foreign radio channels. 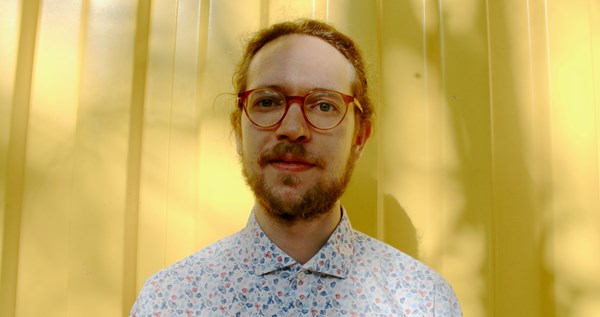