Our noblest neighbor needs a renovation

...when Langebro was built in its current form. In other words, Langebro has become an older lady - and therefore the local authorities of Copenhagen is renovating her. A historic renovation, which takes us a short walk down 'memory lane' (see more below).

As one of Langebro's closest neighbors, we can not avoid being affected by the renovation. Thus, in the period between 28 September and 21 December 2021, the renovation may cause some noise during the day. We hope you will help maintain the good mood and bear with our neighbor.

During the renovation, there will be a temporary ramp at the main entrance, which is adapted to prams and wheelchairs.

If you have any questions regarding the renovation of Langebro, please contact us at rec@cphhostel.dk. 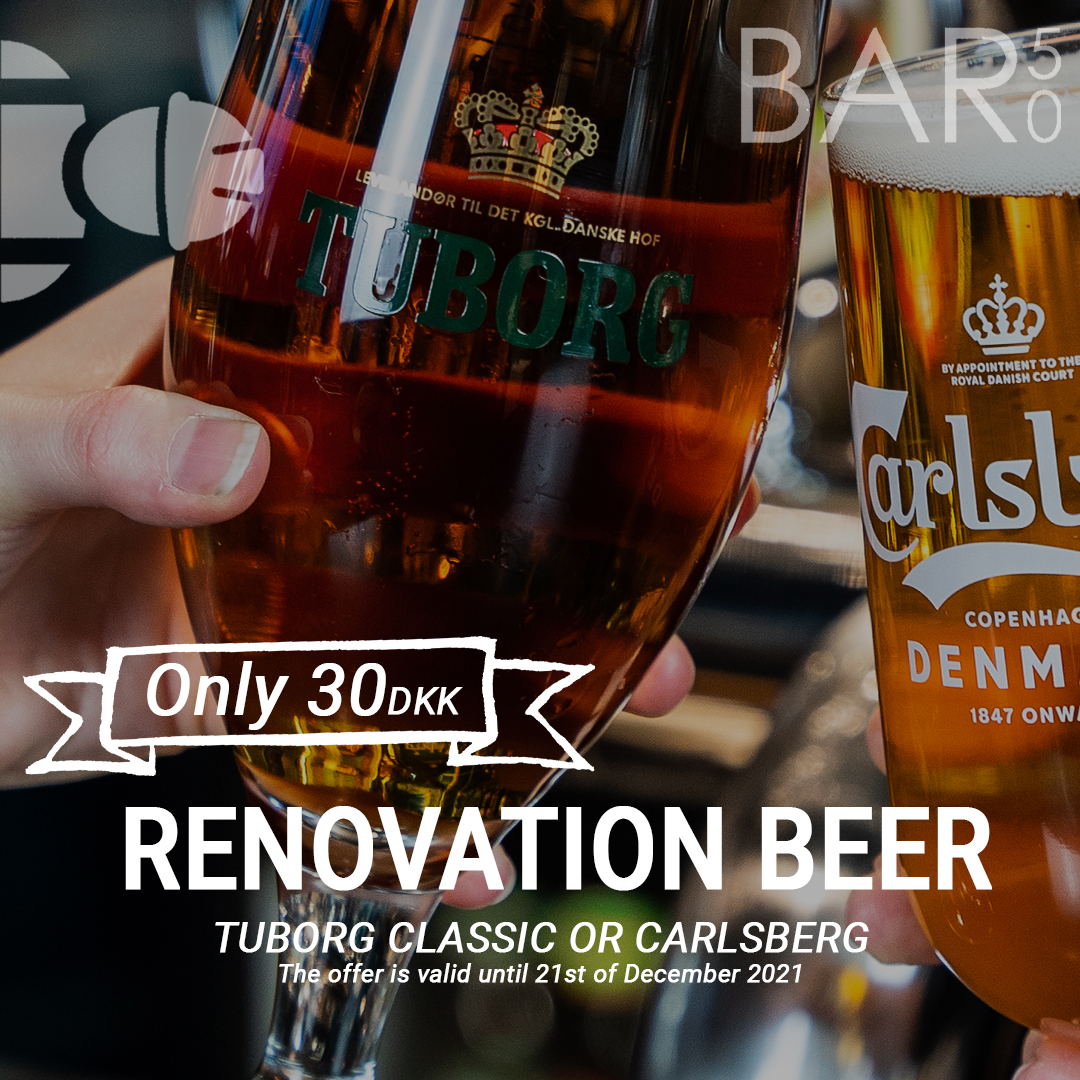 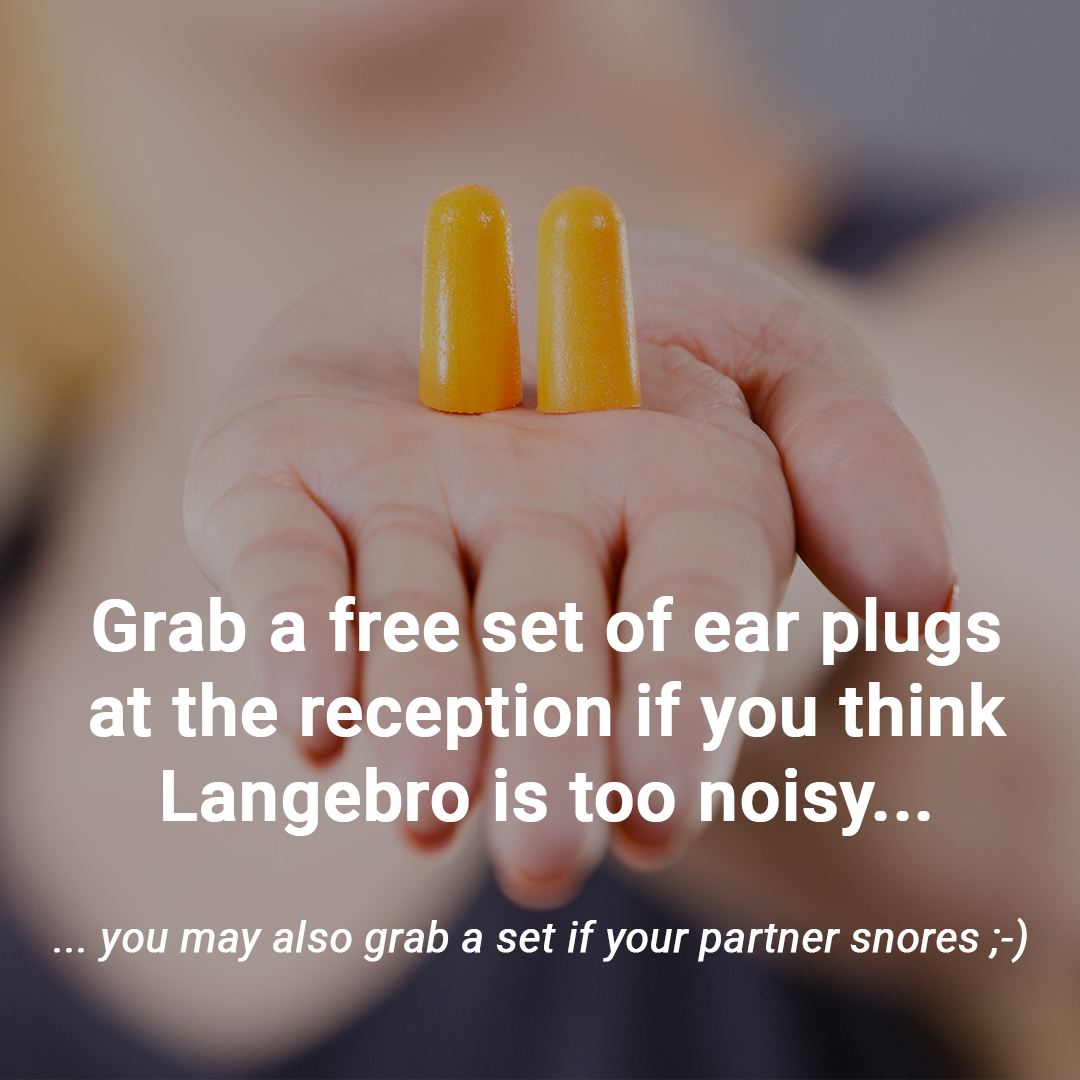 Join us for a walk down 'memory lane'

Langebro (meaning Long Bridge) is an older lady. The bridge was first built in 1690. At that time, Langebro was a narrow wooden bridge for walking and horse riding only. However, it was too narrow for horse-drawn carriages. Since then, bicycles have also been allowed over the bridge. Later in 1903 a swing bridge was established when a need arose for train operation and trams over the bridge. In between, there have also been several horse-drawn carriages across the bridge - in both directions. Just imagine it - wow!

In 1930, the number of cars increased, and therefore a new bridge had to be built, which still had trams and trains though. The bridge we know today was completed in 1954, designed by architect Kaj Gottlob, and placed a bit away from the original position. In the same year, the building which houses Danhostel Copenhagen City, was built. When the bridge was completed in 1954, they had chosen to place the railway on a separate bridge next to Langebro. This was dismantled in the 1990s, when rail traffic was stopped.

In 2020, Langebro got a new friend as the smaller bridge 'Lille Langebro' (meaning Small Long Bridge) was built. The bridge was built to ease Langebro from the walking and cycling traffic. Lille Langebro is placed exactly where the original Langebro was positioned before 1954. No cars are allowed to pass the Lille Langebro bridge.

And now, the old lady must once again go through the renovation machine; this time it is the concrete on the bridge which needs a renovation. In addition, one of the bridge flaps must be restored as it is skewed. The entire renovation incl. the bridge flap will be finished in phases and is expected to be completed by 2029. 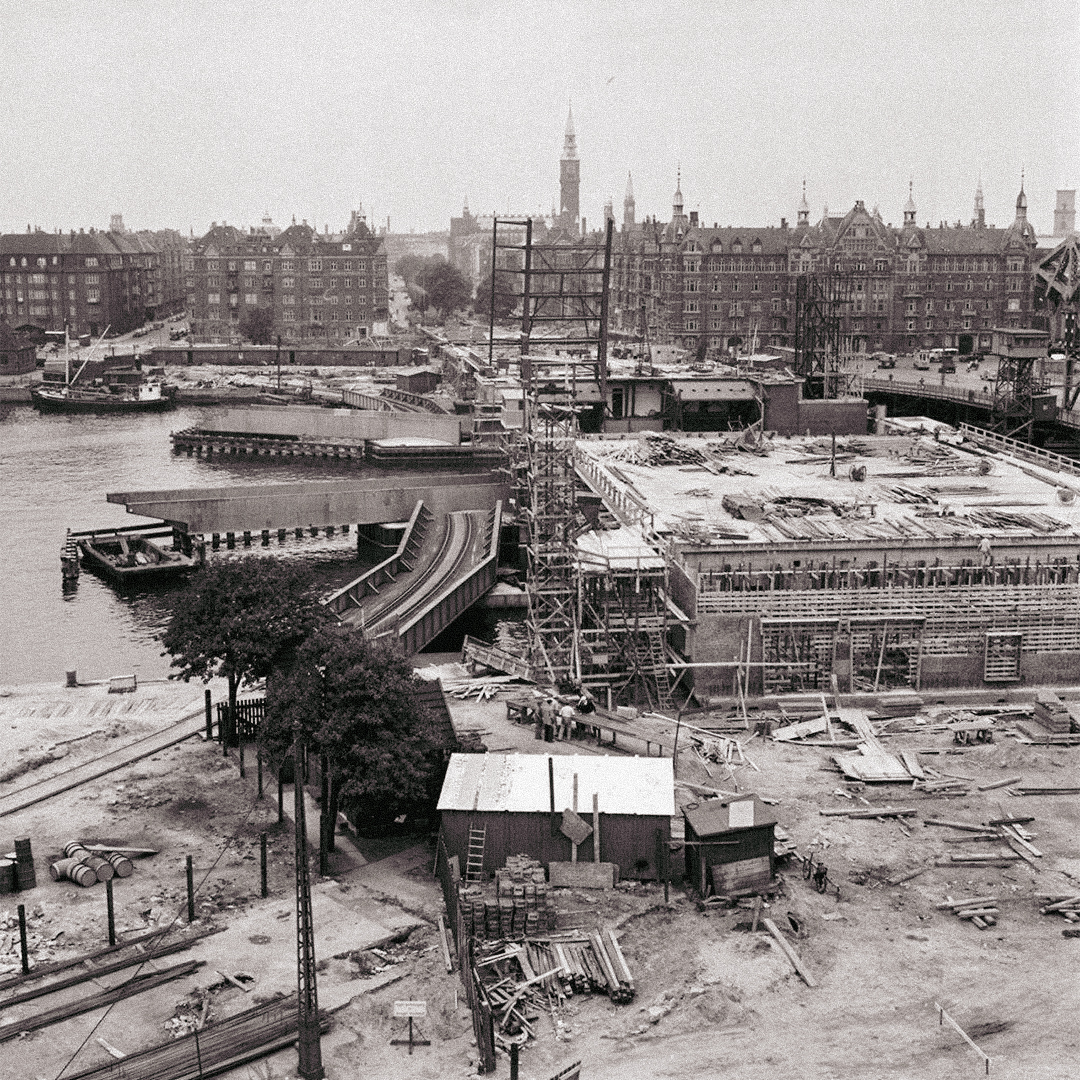 Langebro during the renovation in 1953 © Photographer: unknown 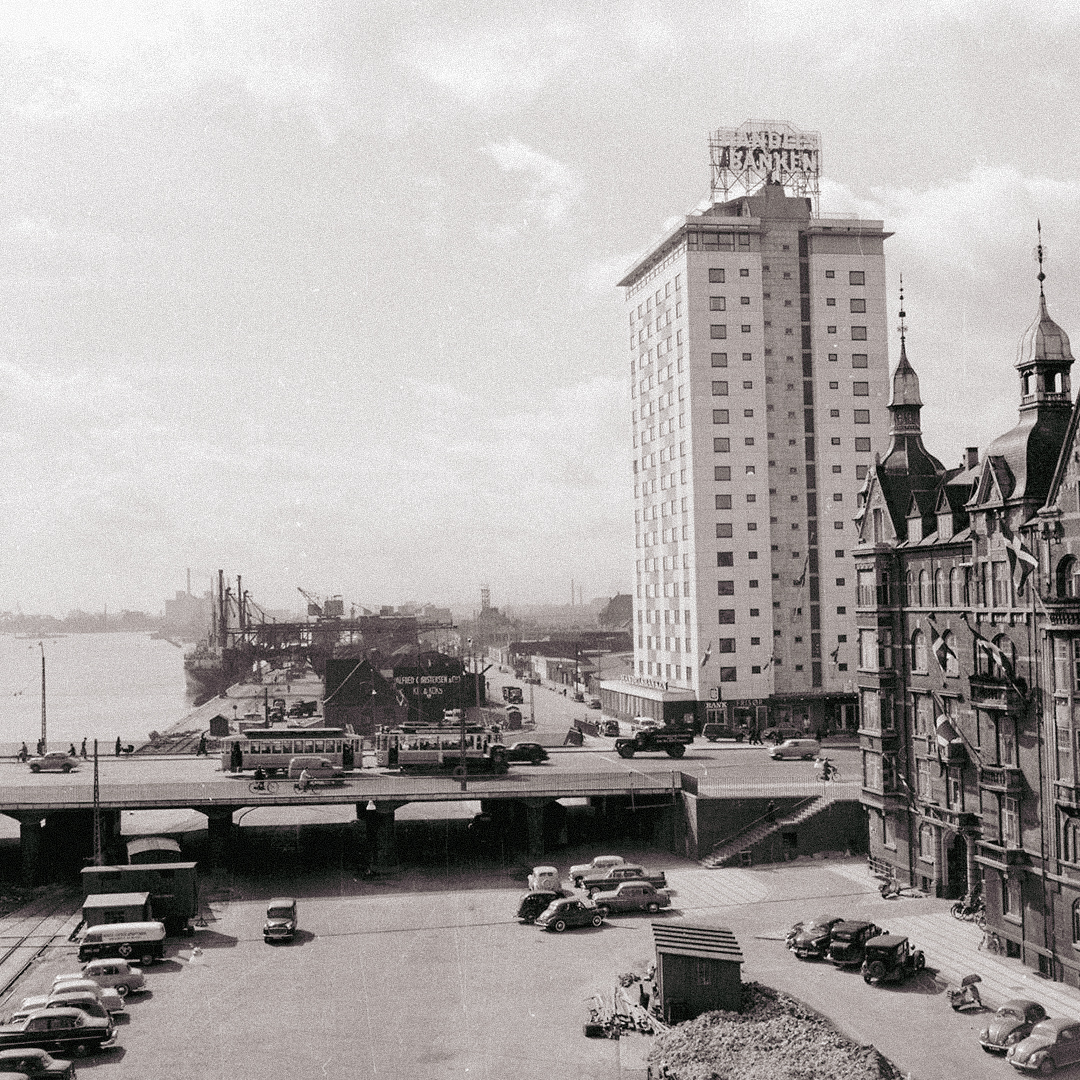 Langebro after the renovation in 1954 © Photographer: unknown 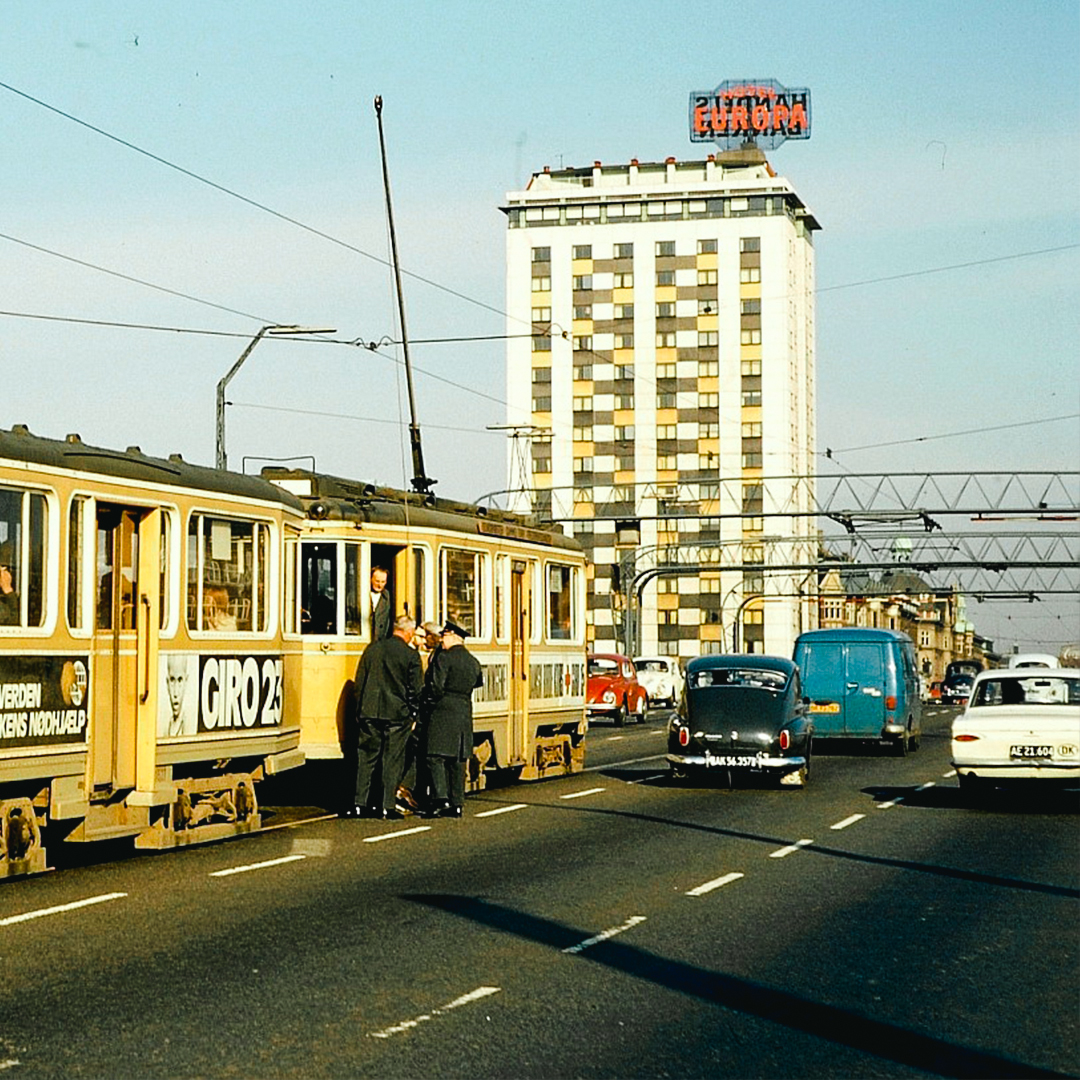 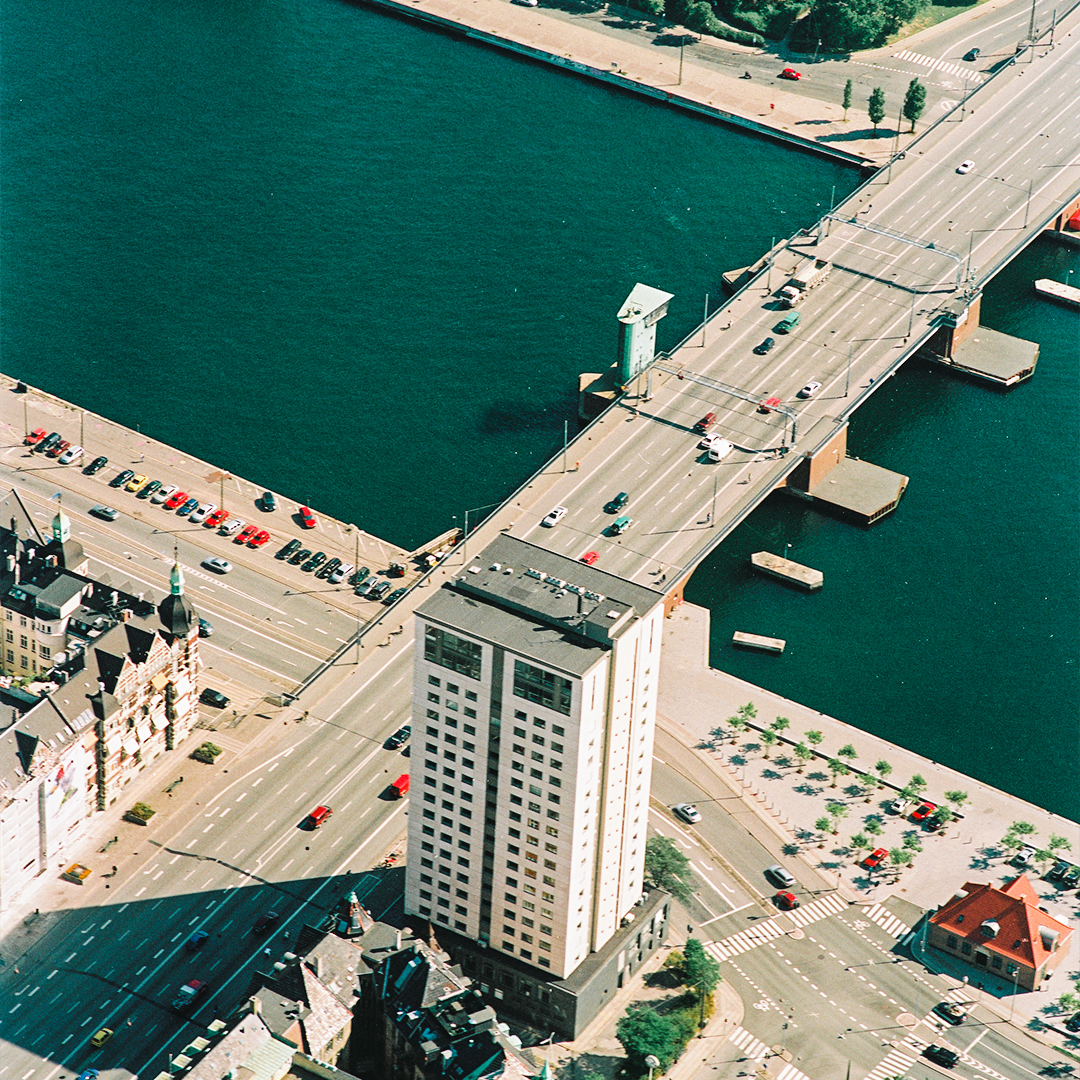 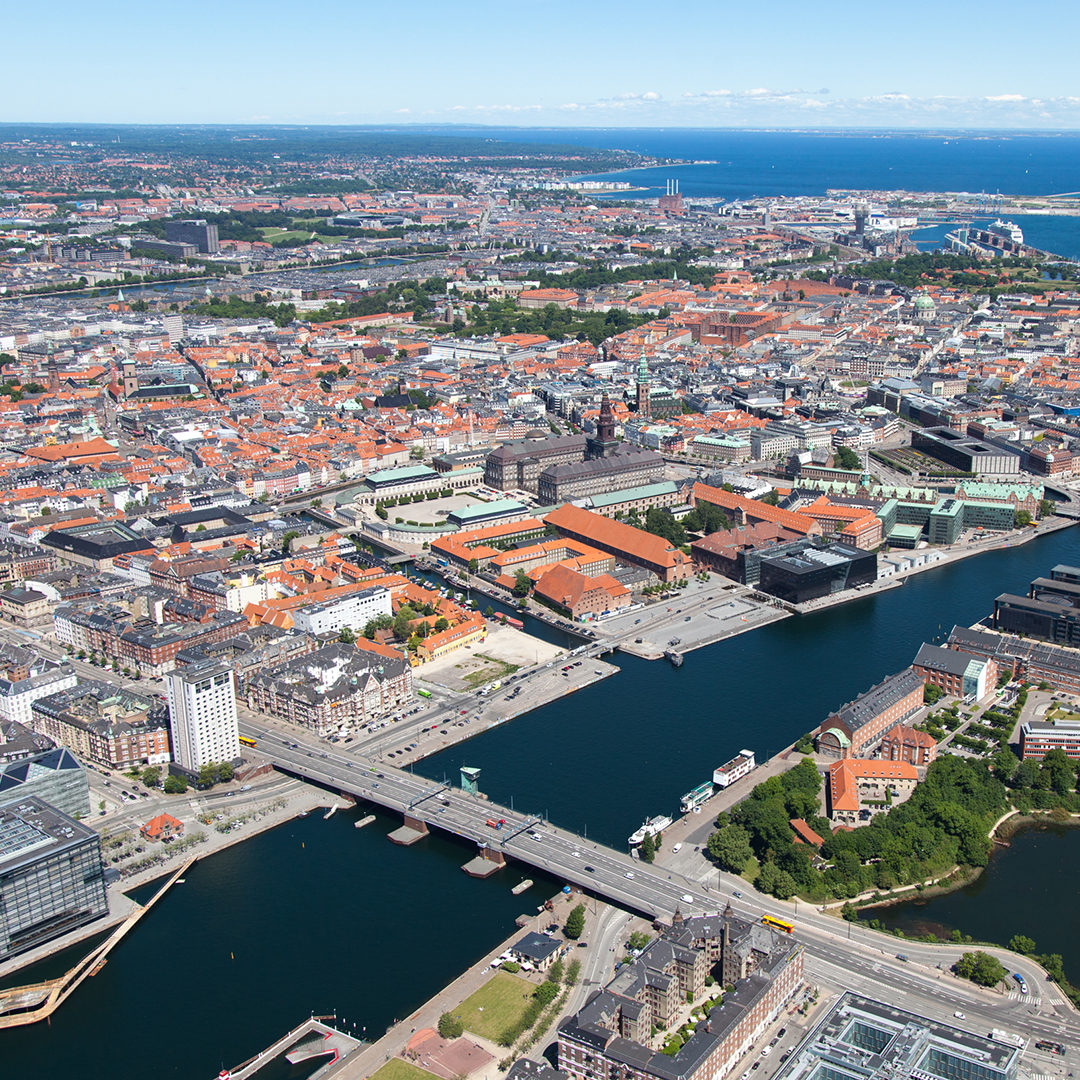 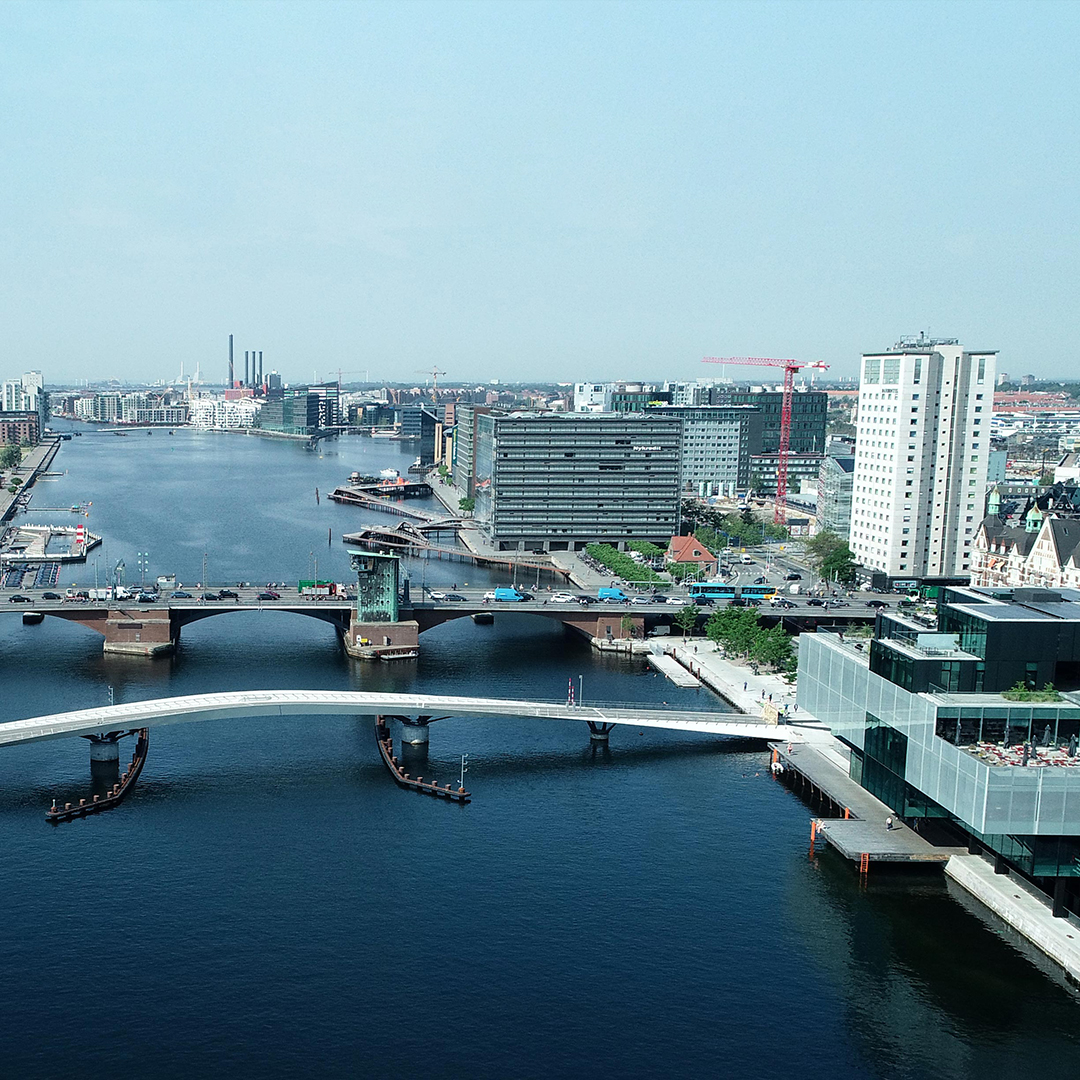 Langebro along side the new walking/cycling bridge 'Lille Langebro' (smaller bridge below) which was finished in 2020 © Photographer: Michael Levin, Realdania